"The greatest Zombie HL2 Mod ever created. Any Zombie Gaming fan must play this mod before playing anything else!" 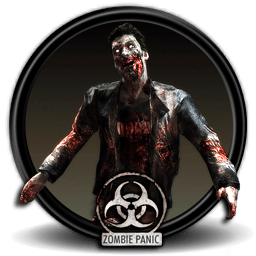 shooter modification (mod) has become the standard for all Zombie themed Half-Life Source Mods. It has also been an inspiration for many other stand-alone Zombie games for almost a decade.  2007 saw the release of ZPS, the sequel to the cult following, Zombie Panic.  ZPS introduced a wide variety of new game play modes, characters, weapons and maps.  It innovated cooperative-style gameplay introducing a wide variety of objective-style maps which still holds up to this day.  With the inception of mod db website back in 2002, a new era of game modification awards arose.  ZPS was selected in 2007 as the winner as the Best unreleased mod of the year.  While Zombie Panic Source does not have the same volume of live Gamers that it did nearly 10 years ago, the fact that it is still played coupled with a hard-core group of enthusiastic fans and developers who still wish to see it evolve, prove its value.  This game fosters an extremely tight Community consisting of heavily dedicated fan players and developers.  The dedication to this game has resulted in the recent announcement that development on ZPS will resume once again. More importantly, the ZPS development team has confirmed that the upcoming ZPS 3.0 version release will upgrade the core game engine to Source 2013.

ZPS is a cooperative survival zombie horror Half-Life 2 Modification, the sequel to the popular Half-Life Modification Zombie Panic.  In the aftermath of extremely chaotic events, you find yourself a member of a small group of survivors attempting to stay alive.  Fending off the undead, and in some cases other humans, seems to be an impossible task. However at your disposal, you managed to acquire a wide variety of fire arms, explosives, and unique items to aid you in your fight.  There are two basic sides.  Either you play as a survivor, a human attempting to survive the bloodshed and carnage of zombies.  If fate would have it, you possibly may be marked to play as an infected, turning into a Zombie whose primary objective is to eat the flesh of survivors still alive in the game.  Upon killing every new survivor, you add members to your undead army until the last living human remains.

For one playing this game for the first time, graphics don’t necessarily jump out at you as compared with game of today, however it is apparently clear that this was innovated for its day and still grabs your attention.  You have six characters to choose from. These six characters are pretty static, there is not really the ability to customize these characters in any say.  Zombies include a zombie version of each of the six human characters and one whitey or carrier zombie.  The overall gameplay is based off of the simple concept that once a player dies, they are immediately added to the Zombie team.  With an ever growing undead army, game play is extremely fun.  With this foundation concept in mind, you have the ability to play in one of four game modes categories:*

Survival Mode: The most popular mode.  You are one of 22 survivors who are attempting to survive the zombie apocalypse.  Watch out, infected carriers will red 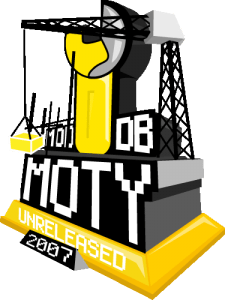 uce your human team down, adding numbers to the undead army.  There are two teams, humans and zombies.  Zombies attempt to kill every human player, period.  Humans, attempt to eradicate the zombies (with their corresponding zombie lives) until there are none left.  Zombie lives are a set number of zombie re-spawns that are given to the Zombie team based on the total number of players in the game.

Objective Mode: Objective modes are broken into two types.  The traditional objective map requires one to find keys, open locked doors, hack a computer, find fuel and get to the choppa!  While timed objective maps simply require the humans to survive for a specific amount of time.

Hardcore Mode: For experienced zombie connoisseurs, you and your teammates get to enjoy pitting yourselves against extra tough foes, and even rougher odds.

Assault Mode: Capture the Point. Points are awarded for completing side objectives, adding to the overall score of the players’ team which in the end decides the victory.

Deathmatch Mode:  Zombie Gaming is the exclusive community who hosts all of the ZPS Deathmatch maps. 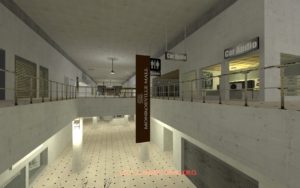 What truly has made this such a great game for all of these years are the custom maps.  This game’s development team encourages custom maps.  The majority of these maps are actually created and maintained by the fan community.  With such impressive maps continually being injected into a wide variety of fan based servers, it has proven to be a long lasting staple.  Speaking of fan based servers, did I mention the fact that this game is hosted primary by fans and dedicated gaming communities.  This can be both a good and bad thing.  From a positive perspective, fan or community hosted servers really fosters gaming community and clans, bringing together a better gaming experience.  However with such liberal hosting, the questions and issues around game quality and experience may fall short on those individuals hosting with equipment that is sub-par.  Along with private hosting allows for the ability of server admins to run specialized tools such as SourceMod to keep gameplay moving, has been another leading factor to success.

If a few added features could be introduced, this would be my top 3:

With the development team making the announcement of the release of ZPS 3.0, the future is looking bright for ZPS.  Moving to Source 2013 is going to bring a remarkable upgrade to the face of this game.  With better graphics, smoother gameplay and more effective hosting capabilities, I have no concerns to what is to come.  I am excited to see how additional game features and maps are going to contribute to the popularity of this game.

If you love a fast paced, first person Zombie shooter, this is your game.  Over the span of nearly 10 years playing countless hours with some great people, even today,  I am still playing with many of those same people.  The positives of this game far outweighs any improvement areas that could be identified.  This game is truly the greatest Zombie HL2 Mod ever created. Any Zombie Gaming fan must play this mod before playing anything else!