"King of the Kill ushers in a wave of new gaming fans attempting to test their mettle in a battle to the death. This game truly delivers an octane rush of fun and exhilaration during every race to be the last one standing!"

H1Z1, King of the Kill (KotK), formally known as H1Z1 Battle Royale, is a Daybreak Game Company original release being introduced to the public back in June 2015.  This is an early (alpha) release of this widely successful game has proven to become a favorite for many.  Originally published as a single game with two game modes, Daybreak games announced in Feb 2016 that H1Z1 would be split the two modes into two different games.  What was known as H1Z1 Battle Royale, became H1Z1: King of the Kill.  Since 2015, this game has evolved quite a bit with a number of enhancements and features which has made this version of the game extremely fun to play.

Daybreak has demonstrated that it is committed to the continual development this game with a continual stream of game updates and bug fix releases.  A new map was released very close to the game split last year which has sparked the growth in new players while maintaining existing veterans.  H1Z1 (KotK) has proven to be a mainstay staple in any Zombie Gamers diet and Zombie Gaming is very excited to continue to watch the development of this incredible game. 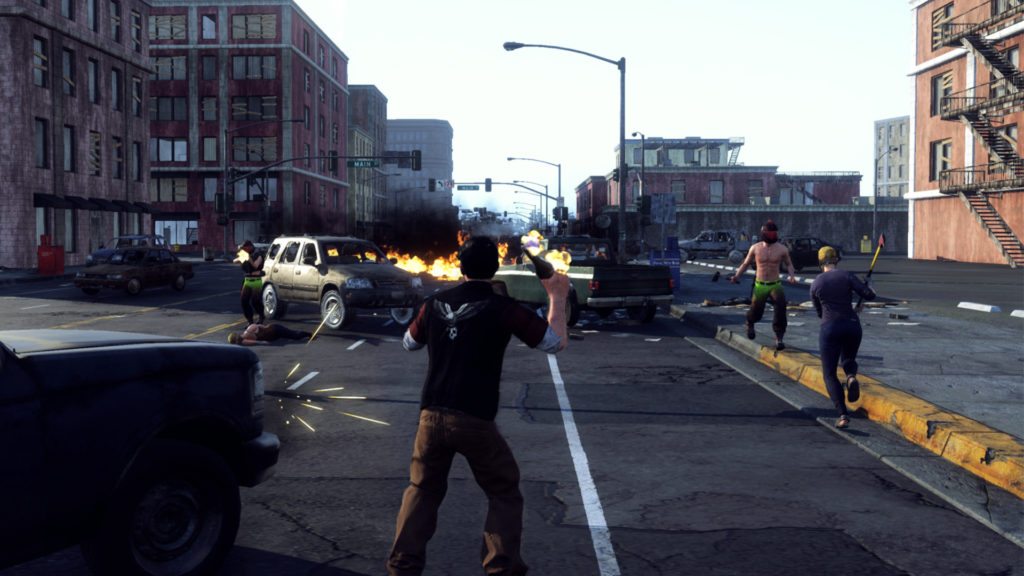 King of the Kill ushers in a wave of new gaming fans attempting to test their mettle in a battle to the death.  This game truly delivers an octane rush of fun and exhilaration during every race to be the last one standing!  H1Z1 is based on DayZ hit Battle Royale, approximately 150 players parachute into a deserted map that contains randomly placed weapons, ammo, equipment and vehicles.  The objective is to be the last human standing at the end of the game.  The game is divided into waves.  These waves commence with air dropped poisonous gas at the edge of the playable map.  A quarantine safe zone is designated as a safe zone to all players.  In other words, regardless of where this safe zone is designated on the game map, this circular zone will be free from any threat of poisonous gas.  A gas timer launches upon the designation of each safe zone.  Players have only have minutes to make their way from wherever they are located on the game map, soon to be poisoned by gas, to the safe confines of the safe zone area.  Watch out, when approaching the safe zone, other survivors are also looking for that same safety.  You will be required to defend yourself (and possibly your team) with every wave.  With each new wave, Gas is dropped closer to the safe zone, with each instance of the safe zone becoming smaller and smaller in radius.

A player count starts with the number of players that parachute into the map and counts down with every death.  The winner is crowned upon successfully killing the other last surviving player, or team.

H1Z1 King of the Kill has some extremely stunning graphics.  If you have a good enough rig to run this game under ultra mode, it makes for a very eye-pleasing experience.  This game was tested under 1080p graphics, I can only imaging that 4K resolution would be even more spectacular.  The attention of detail payed to each building, house, fence, vehicle, etc., demonstrates the Daybreak Team’s willingness to produce a quality product.  If one desires running this game in a high graphics mode, this game does require a pretty decent rig to run the game.  While it is understood that this game is still in its Alpha phase, gameplay still has some areas of improvement.  The ability to quickly move from one action animation to another is clunky, and during such a fast pace battle royale style game, many players tend to die while not being able to quickly switch to a weapon while healing, crafting, or simply reloading ammo.  As with most games in development, this will improve with time and will level the playing field between those players who are brand new and those that are veterans to the game.

H1Z1 (KotK) has tested many different gaming modes.  Originally a hardcore mode was offered for players who wished an exclusive first-person only experience coupled with the threat of zombies.  I am sure different play modes will be entertained over the next few years, however for now, here are the standard (KotK) play modes that you can expect:

Training Mode:  If you wish to understand the basic mechanics behind KotK, this mode will help you sharpen your skills.  Players in this mode are out to kill or be killed. Because you immediately spawn back in with every death, this fast pace sandbox, allows for one to quickly understand everything that they would need to know to be King of the Kill.

Solo Mode:  This mode is for those who wish to keep all of the glory for themselves.  This mode does not allow for teaming up.  You must negotiate the vast landscape with poisonous gas looming while you kill everything in your sights.

Duos Mode:  Do you want a partner?  You and your friend can play simultaneously on the same team to battle in the same way you would in single player mode.  Be advised, team killing can happen, therefore watch carefully where you throw that grenade.

Fives Mode:  Just enough players to fit in a vehicle.  In fives, you and four players team up to be the last team to stand.  For many this mode is a favorite as it allows for you and your friends to enjoy the thrill of the kill.

KofK affords a number of great features.  The skins are a favorite.  You have the ability to collect a wide variety of helmet, pants, shirts, weapons, boots and armor skins (to name just a few).  These can also be traded with your friends.  The ability of a teammate to skin any piece of equipment or clothing is also a very nice feature.  This works well for teams who wish to look exactly the same.  The ability to use vehicles also lends to providing advantages to some while disadvantages to others.  It also allows for the ability to move quickly away from gas zones and into safety very quickly.  The ability to craft is also very much seen as a positive for this type of gameplay.  While crafting is limited, it does afford for the following items to be crafted:

It would be great to see some additional features or enhancements such as an experience skill tree.  This would provide some incentive to those players who put time into the game to get greater advantage while playing.  Additional weapons such as long range weapons, proximity weapons and weapon upgrades would be pretty impressive.  Game modes that increase the complexity of the game through the introduction of reduced point of views (POV), zombies or even other environmental threads would be very much welcomed.

As KotK continues, it definitely has the potential to become a classic.  As additional features, enhancements and gameplay improvements are released, this game will continue to gain traction among the Zombie Gaming enthusiasts.  Daybreak appears to be committed to making this an epic playing environment.  The next big step for this game would be the development of cross-platform gaming.  Such enhancements would widen the audience, allowing for XBox and PlayStation gamers alike to also be able to experience and enjoy this game.

This game while still is in the development stage, does deserve your attention.  Therefore, if you haven’t already, do check this game out, provide your feedback to Daybreak.  If your scared, grab a friend, a gun, some ammo and get prepared for a heart pumping race to the Zombie apocalyptic thunder-dome of 2017.